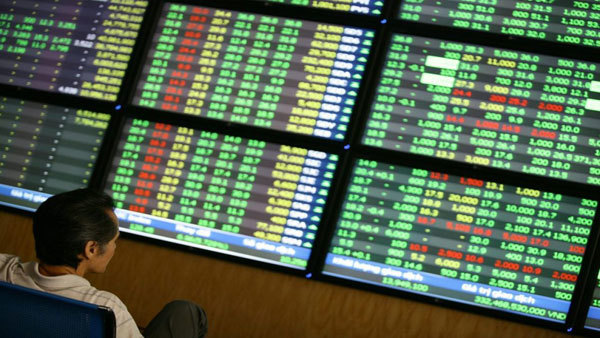 bright future for the stock market?

The Vietnamese economy remains heavily dependent on the mobilization of capital from banks, while credit risks are still present, especially in times of economic crisis, as is currently the case.

The 2021-2025 economic restructuring plan, recently unveiled by the Ministry of Planning and Investment, has set itself the objective of developing a balanced financial market to truly transform the stock market into a major channel for raising medium and medium-sized capital. long term, improve openness and transparency, diversify financial institutions, meet a variety of needs and promote economic innovations.

The Vietnamese economy remains heavily dependent on the mobilization of capital from banks, while credit risks are still present, especially in times of economic crisis, as is currently the case. It is therefore understandable that the government is still seeking to change the task of raising capital from short-term money markets to a longer-term capital market where stability can be better maintained. Among them, the stock market, both stocks and bonds, plays a crucial role.

To achieve such a vast goal, the Ministry of Planning and Investment has drawn up a seven-point plan.

First, the size of the stock market is equivalent to 120% of GDP (Gross Domestic Product), and that of the bond market to 55%.

By the end of September, the market capitalization reached nearly 6.47 million VND, or 107% of GDP in 2020, meaning that the target of reaching 120% of GDP by 2025 may be achievable, especially when the market should maintain its growth. momentum in the years to come.

In addition, the new Ho Chi Minh City Stock Exchange (HOSE) trading system, which was implemented with the help of a Korean partner, and slated for application later this year, will be able to list more businesses while attracting additional cash flow. . The process of IPO and divestment of state-owned enterprises is expected to proceed at a remarkably fast pace in the coming times to meet the demand of the state budget and increase the number of listed companies.

Meanwhile, the bond market is currently worth over VND 2.4 trillion, including VND 1.4 trillion of government bonds and over VND 1 trillion of corporate bonds. , which is equivalent to 7% of GDP in 2020. As the corporate bond channel is expected to continue to experience spectacular growth relying on the yields it produces much more tempting than bank deposits, and government bonds could also experience strong growth again in the coming period in response to the need for more public investment to stimulate the economy, the target will hopefully soon be reached.

The second goal is for 5% of the population to become investors in the market. It seems that this target can be reached as soon as possible, as the current percentage is already around 3.8%, mainly thanks to the increase in the number of new accounts opened in the last year and a half. As investments will continue to increase, driven by easier access – as most securities firms now allow online account opening and authentication – as well as knowledge of equity investments now endemic, an annual increase of 0.3% over the next four years is within reach to achieve this goal.

The third objective is to diversify the products in the stock market, introducing step by step options and securities futures before 2025. Since these already available VN30 futures and warrants have still aroused the interest of so many investors, even manipulation at times, it is obvious that this goal will be more difficult. Remarkably, even when a new product is launched, it is only considered a success if it is transparent and engages the interest of investors.

As mentioned earlier, transparency is the most important condition for the market to develop sustainably in the long term. This is because, even with a larger portion of the population involved, if the market does not protect the interests of investors, many of them will certainly feel disappointed and disheartened, and will seek to opt out of this channel. investment, which has already happened for 13 years. since. In this case, even if the number of accounts is statistically impressive, the number of really active investors will only be a small percentage, which doesn’t mean much anymore.

That is why improving openness and transparency is mentioned in the overall goal, and the fourth goal requires that corporate governance in listed companies in Vietnam reach the average level of ASEAN- 6. However, this goal is considered quite modest, and it is still unclear how it will be evaluated. In fact, the key remains to minimize insider trading and market manipulation by imposing stricter penalties against violations related to such activities for the sake of retail investors.

The fifth goal sets out the task of transforming the Vietnam stock market into an emerging market by 2025. This is also what investors look forward to the most, because when successful, it will attract a huge amount of fund capital. of foreign investment and will take the home market to the next level. So far, a number of organizations have predicted that Vietnam will soon be promoted to status within the next two years.

Last but not least, the two remaining objectives aim to develop the insurance market: 15% of the population is covered by life insurance and the average premium income is 3.5% of GDP by 2025. In 2020, only nearly 11% of the Vietnamese population purchased a life insurance plan and the average premium income was only 3% of GDP, far less than in other countries in the region. However, given the increase in per capita income and the ease of access created by new products such as bancassurance distributed through the banking network, this target could also be achieved soon.

More importantly, once the insurance market is developed, it will indirectly promote the growth of the bond market, as the capital of insurance companies is now mainly concentrated in safe investment channels, government bonds. , for example.

Apparently, if serious efforts are made to achieve all of the above goals, the prospects for the future development of the stock market are really bright in the times to come. However, challenges will certainly emerge and hamper the achievement of these goals, the most difficult issues of which relate to macroeconomic balance and stability. In an unstable economy, it is virtually impossible to foster an efficient and sustainable financial market.

The Vietnamese stock market has reached historic highs in terms of points and liquidity, still has huge growth potential and may even be at the start of a decades-long surge, according to investment fund VinaCapital.

The largest private equity fund management firm in the United States just sold Vinhomes shares and made a profit of over VND1 trillion (nearly US $ 43.5 million) at the end of the year. a year.