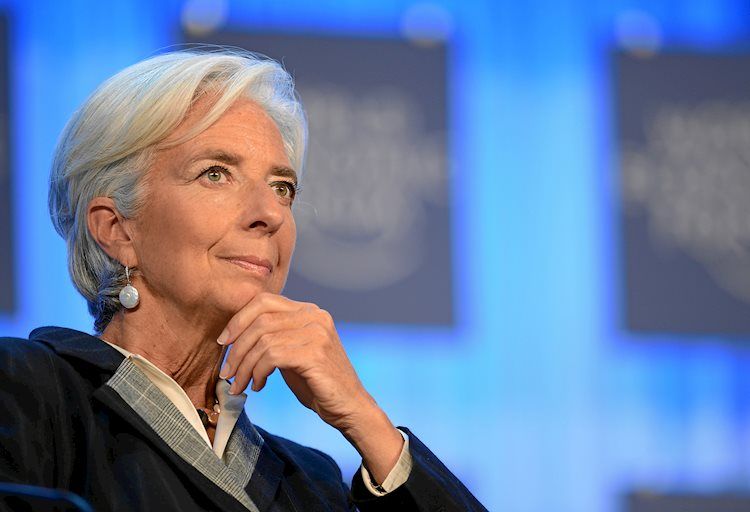 German producer prices rose 33.6% in May, the most on record.

ECB President Lagarde said the risk of a sharp correction in European financial and housing markets was high. She added that risks to financial stability would not jeopardize the ECB’s fight against inflation and reaffirmed her intention to raise rates in July and September.

US markets were closed yesterday for the June 16 holiday.

Asset prices are muted. Overall risk sentiment is positive in today’s Asian session. US markets were closed yesterday. Asian stocks are trading with gains of 0.5-1%. The US Dollar weakened at the start of the Asian session. The Euro and British Pound rebounded around 40 pips overnight. US yields edged up 4-5 basis points across the curve, with the 10-year now at 3.29%. Crude prices have risen with Brent now at $115 a barrel. Gold is trading around USD 1840 per ounce.

The Rupee had appreciated in early trading yesterday on falling crude prices but was unable to hold its gains due to persistent bids from oil companies.

Asian currencies, with the exception of the Thai baht and the Philippine peso, trade more strongly against the dollar.

Domestic stocks started the week on a positive note with Nifty gaining 0.4% to end at 15350. Mid and small caps underperformed. Metals and Oil & Gas stocks struggled with weaker commodities amid concerns over global growth. IT stocks have made a comeback.

German producer prices rose at record speed in May.

FX Insights of the Day

The Indian rupee had appreciated early in yesterday’s session on lower crude prices, but was unable to hold its gains due to persistent bids from oil companies. The domestic bond and rates market rallied yesterday, with the benchmark 10-year yield ending down 12 basis points at 7.43% and the 5-year OIS down 18 points. basis at 7.03%. The benchmark 10-year bond was also up 5 basis points on Friday after a successful G-Sec auction. Lower crude prices caused markets to reassess the extent of the tightening by the Reserve Bank of India. Asset prices are muted. Overall risk sentiment is positive in today’s Asian session. US markets were closed yesterday. The US Dollar weakened at the start of the Asian session. The pair should trade with a sideways bias in the 77.80-78.10 range. The focus will be on the FOMC member’s speech expected later in the day.

The common currency remained in a confined range of 1.0472-1.0545, in a reduced liquidity trading session due to the US holiday. ECB President Christine Lagarde expects to raise interest rates by 25 basis points in July and again in September, while the calibration of the September hike will depend on the medium-term inflation outlook updated. ECB chief economist Philip Lane said the larger increment for a rate hike in September does not represent a red-alert assessment of inflation. There are no major economic data from the Eurozone, while market participants will be eagerly awaiting US home sales data. The pair should trade between 1.0490 and 1.0580.

Cable gained 0.23% yesterday amid positive risk sentiment, a lack of major price action and positive comments from the BOE policymaker. The BoE’s Catherine Mann said the 50 basis point moves reduced domestic inflation risks, boosted by a weaker pound. Mann said the BoE should raise rates faster as the weakness in the value of the pound adds to inflationary pressures. Mann added that inflation is becoming more embedded and persistent. On the US side, Fed Governor Christopher Waller is backing a 75 basis point hike in July if data comes in as expected, reiterating that the central bank is all for restoring price stability. Tomorrow, the UK will release inflation data for May. The pair should trade between 1.2220 and 1.2330.

USDJPY traded sideways without any firm direction on Monday. A break above the 135.50-60 area and below the 134.00 mark could cause the pair to move aggressively. Rising US bond yields and divergence in Fed and BoJ monetary policy will support the pair over the medium term. During the week, CPI data from Japan will be watched. The pair should trade between 134.50 and 135.60.

The BOJ and the government are coordinating closely on FX, Kuroda said after meeting the prime minister.