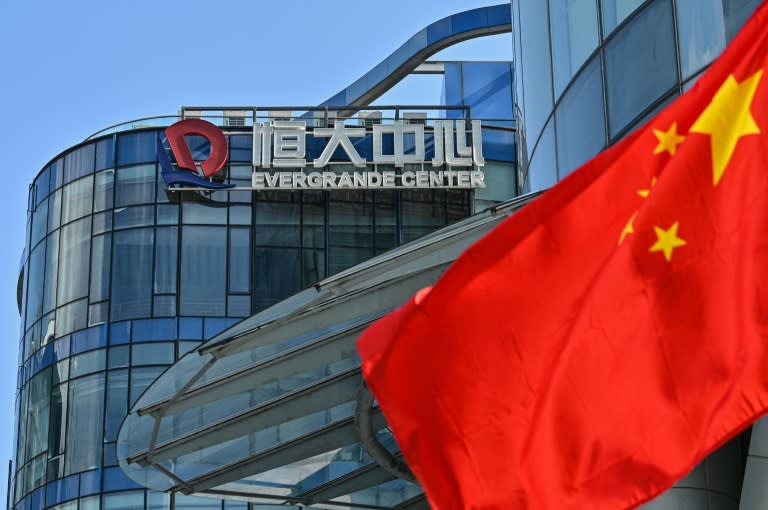 Struggling real estate giant China Evergrande suspended trading in Hong Kong shares on Monday pending an announcement of a “major deal” as the company struggles in a sea of â€‹â€‹debt and faces a default of payment.

“At the request of the Company, trading in the Company’s shares was halted at 9:00 am on October 4, 2021 pending the publication by the Company of an announcement containing inside information on a major transaction,” said Evergrande in a statement to the Hong Kong Stock Exchange.

Hopson’s trading has also been suspended “pending the publication of announcements relating to a major transaction,” according to a statement from the company on the exchange.

Bloomberg Intelligence analyst Patrick Wong said the suspension could be linked to a major asset divestiture or capital restructuring.

Company officials are struggling to cope with a crisis that has left it more than $ 300 billion in debt, fueling fears of contagion to the entire Chinese economy which some say could spread globally.

Last week, it announced it would sell a $ 1.5 billion stake in a regional Chinese bank to raise much-needed capital, as it struggles to pay interest to holders of obligations.

Beijing has been silent on the struggles of the real estate empire, but state media followed various responses in a nod to the mood towards a private company that grew on a debt spree during the boom years. of Chinese real estate.

And on Wednesday, the People’s Bank of China said the country’s financial sector must meet the goals of “stabilizing land and house prices” and “insist on not using real estate as a short-term economic stimulus.”

He also stressed that “houses are used for living, not for speculating”.

Company officials have hired experts, including financial services firm Houlihan Lokey – which advised the restructuring of Lehman Brothers when it went bankrupt during the global financial crisis – as they try to avert a collapse.

State regulators also sent a team of financial advisers to assess the company, according to the reports.

“There is still very little visibility from the Chinese government on the fate of Evergrande, although a slow and steady dismantling of the company appears to be the preferred route at this time,” said Jeffrey Halley of OANDA. .

The company struck a deal last month to pay interest on a national bond, but there has been no news regarding repayments of two offshore notes, despite having a 30-day grace period before that it is not considered in default.

He is also due to pay Monday on another foreign note, although it only has a five-day grace period, raising fears it will soon default.

â€œThe first obligation will be to ensure that the homeowners who have purchased these homes take delivery and are fully repaired,â€ said Bruce Richards, CEO of Marathon Asset Management. “At the very end of the pecking order are the offshore bondholders.”

The liquidity crunch has sparked public anger and rare protests outside Evergrande’s offices in China as investors and suppliers demand their money back.

The group admitted facing “unprecedented challenges” and warned it might not be able to meet its commitments.

– Bloomberg News contributed to this story –

Tips for Becoming a Financial Market Trader from Scratch by CoinQuora