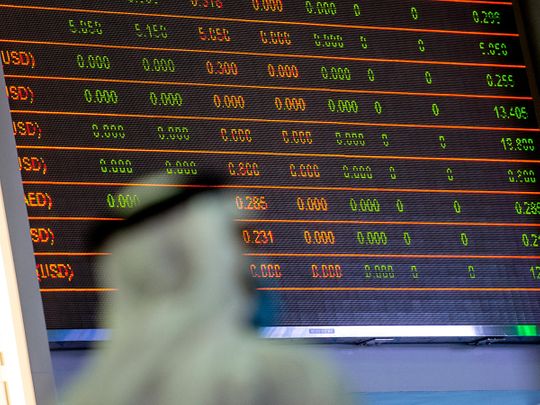 Abu Dhabi: The value of cash flowing into the UAE’s financial markets reached around 3.3 billion dirhams in the first two sessions of the week, following the increase in local and foreign portfolio trading, which continued to focus on a segment of the flagship stocks for the second day in a row.

According to the data, the daily monitoring of transactions shows the existence of a consolidation on certain stocks whose prices are expected to increase in the coming days.

Financial experts said that the market’s performance is still broadly positive since the start of this year, which will allow it to improve further in the coming period, noting that the high volume of liquidity flowing in the financial markets is one of the most important indicators recorded in the last five months.

Most of the liquidity continued to flow into the capital market, with the value of deals closed during the session reaching MAD 1.66 billion, while the rest of the deals were recorded in the Dubai financial market. .

Global Holding Company tops the list of the most active shares in terms of transactions, whose value exceeded Dh 700 million, and the share closed at Dh 95, and First Abu Dhabi Bank’s share rose to 16 , 86 Dh in the midst of transactions worth around 292 million Dh.

The list of winners in Abu Dhabi included the closed share of the Dubai Islamic Bank at 5.54 Dh, in addition to the share of the National Bank of Ras Al-Khaimah at 3.87 Dh, and Abu Dhabi Shipbuilding Company at 2,88 Dh.

OpixTech, a new opportunity for the financial market

Nigeria: Dangote Group regains leadership of the financial market with a record…