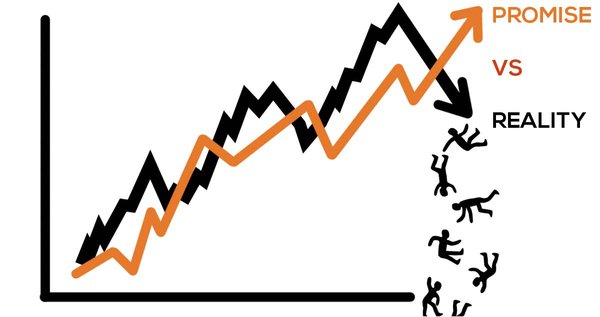 Looking at the questions and answers given by then Minister of State for Finance Name Narain Meena to parliament on December 5, 2012 by sending a notification to Indian state governments to end unlicensed illegal trade in the market scholarship by pooling public money. Securities and Exchange Board of India – SEBI also issued via PR 112/2016 to state governments to end fraudulent and unfair trading in the stock market.

Seeing the time and year of circulation of both the central government and the SEBI, it seems that the fraudulent and unfair means of trading in the stock market have spread to different states in India.

This was not heard much in the northeastern states until recently, news especially from Manipur started pouring in with the names of different companies in Imphal, Moirang and Kakching etc. where huge sums of money are pooled by individuals with names. from different entities promising high monthly interest rates. The public is drawn to these programs by websites, apps, WhatsApp messages and has invested huge sums of money in these companies.

The general public, including those who attracted and invested, find it difficult to recoup the money invested from these unlicensed individuals or businesses. The general public and those who are drawn to these unlicensed traders need the SEBI 2014 law and its regulations. Anyone or group collecting money from the public and trading in the stock exchange without obtaining authorization from SEBI is illegal and subject to criminal penalties.

Asset Management License (AMC) is generally known as being authorized by SEBI to create mutual funds. AMC is extremely difficult and required Rs 50 crore to start this. Under the AMC, intraday transactions are not permitted. AMC authorizes mutual funds and it is a highly regulated entity and any individual can invest in mutual funds as low as Rs 100.

Portfolio management license (PMS) is easier to set up compared to AMC. Rs 5 crore net is needed to set up the PMS, it presents a higher risk. The minimum amount clients need to invest in the PMS is Rs 50L and leverage and intraday trading is not allowed. It does not allow mutual funds from clients.

Alternative investment funds (AIF) is easier to start compared to AMC and PMS. He needs Rs 20 crore net to start. The AIF has three categories, under different categories, it allows to pool public funds but the minimum amount of a client is Rs 1 crore and it allows a maximum of 1000 clients.

Registered Investment Advisors (RIAs) are not allowed to collect funds from the public and use them for trading on the stock exchange. People holding SEBI RIAs can advise people on stock trading. It takes a net of Rs 5 lakh to settle. Certain qualifications are required and a license can be obtained from SEBI with an application fee of Rs 5,000, annual and renewal fees of Rs 10,000 for individuals and Rs 1L for entities.

Without the aforementioned licenses under SEBI, any individual or entity or group of people or business involved in trading on the stock exchange with money collected from the public with different patterns and high interest rates, is illegal trading, fraudulent and unfair. They face heavy penalties under the SEBI Act of 2014 and subsequent regulations.

PENALTIES FOR FRAUDULENT AND UNLAWFUL MARKETING:

15HA SEBI (Modification) Law 2014 – If a person engages in fraudulent and unfair trade practices concerning securities, it will be liable to a fine of 85[quineserapasinfÃ©rieureÃ cinqlakhroupiesmaisquipeutallerjusqu’Ã vingt-cinqcroreroupiesoutroisfoislemontantdesbÃ©nÃ©ficesdetellespratiquesselonlaplusÃ©levÃ©edesdeux[whichshallnotbelessthanfivelakhrupeesbutwhichmayextendtotwenty-fivecrorerupeesorthreetimestheamountofprofitsmadeoutofsuchpracticeswhicheverishigher[quineserapasinfÃ©rieureÃ cinqlakhroupiesmaisquipeutallerjusqu’Ã vingt-cinqcroreroupiesoutroisfoislemontantdesbÃ©nÃ©ficesdetellespratiquesselonlaplusÃ©levÃ©edesdeux[whichshallnotbelessthanfivelakhrupeesbutwhichmayextendtotwenty-fivecrorerupeesorthreetimestheamountofprofitsmadeoutofsuchpracticeswhicheverishigher

Nithin Kamath, CEO of Zerodha, one of SEBI’s main brokers, claims that 80% of fraudulent and unfair transactions without obtaining authorization from the regulator cheat money collected from the public. Once the money collected from the general public and invested in the stock market is fraud without SEBI authorization, there is a high chance of losing money. However, SEBI has regulations to find penalties and collect money from these fraudulent individuals and entities. 28A of the SEBI 2021 law empowered to recover penalties from natural or legal persons: (a) seizure and sale of personal property; (b) seizure of the person’s bank accounts; (c) the seizure and sale of the person’s real estate; (d) the arrest of the person and his detention in prison; e) appoint a receiver for the management of the person’s movable and immovable property.

The issue related to the stock market, involving fraudulent and unfair transactions falls within the competence of the establishment of securities appeal courts and the composition of the securities appeal tribunal. They are exempt from civil jurisdiction, however the SEBI appellate jurisdiction will apply the corresponding civil and criminal section of the law depending on the nature of the case. The grievances of the public case relating to the stock market fall within the appeal formation by SEBI.

In conclusion, the general public wanting to make easy money falls into the hands of the high interest people, initially the interest is given on time and attracts more people to invest the money. When more and more people invest large amounts, they fail to pay the promised interest and later refuse to repay the money. The public unrest subsequently took extreme measures.

In order to stop such public disturbance and stop the illegal means of trading in the stock market, the state government and law enforcement agencies should follow the directive given by the Union government in 2012 and the SEBI PR 112 circulation of 2016. The SEBI Circulate said, the general public should not be attracted or lured by those who engage in fraudulent and unfair trade. The broadcast also calls on the general public to report these individuals and entities to the government and local police.

– Madhu Chandra is a Hyderabad-based freelance writer and former spokesperson and founder of North East Helpline.