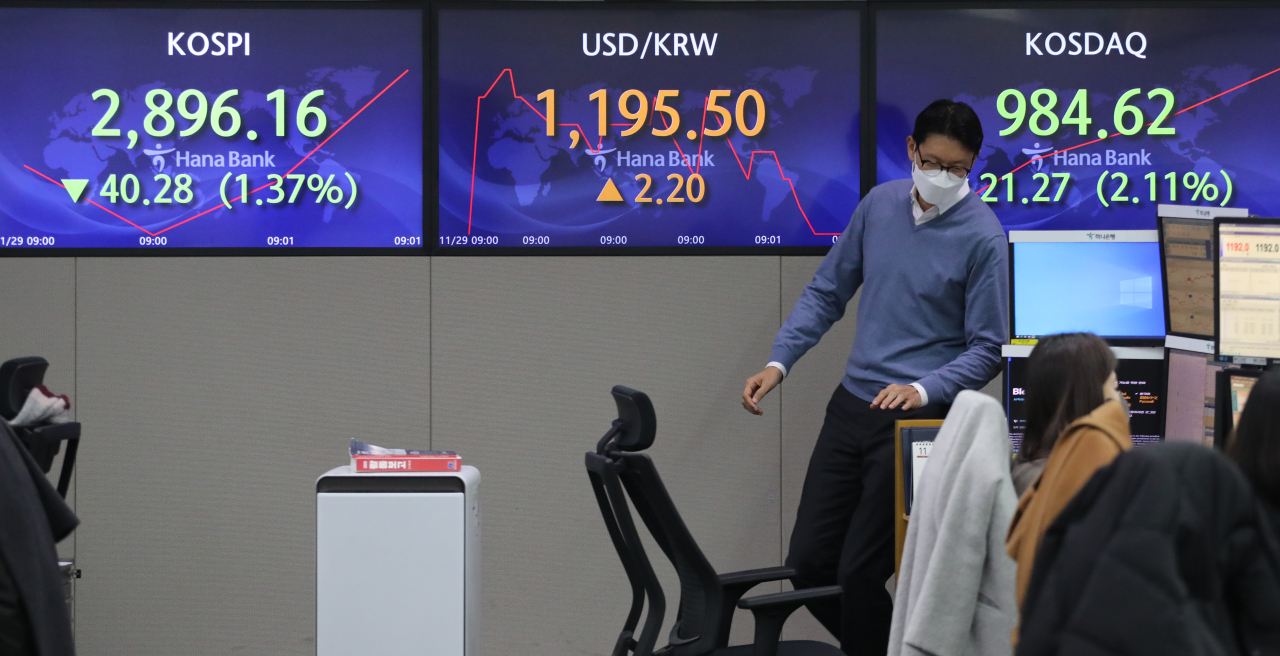 South Korea’s deputy finance minister said on Monday that the government plans to closely monitor the financial market for possible volatilities and woes caused by the emergence of the omicron variant of the COVID-19 virus.

“It is possible that volatilities in the global financial market will be increased by the emergence of the omicron variant,” Senior Deputy Finance Minister Lee Eog-won said at a macroeconomic meeting of government officials and the private sector.

“We will launch round-the-clock surveillance of global and local financial markets while checking the impacts of the variant on the economy,” he added.

Korea will start implementing stricter entry rules for arrivals from eight African countries from this week to tackle a potentially more contagious variant of the coronavirus first identified in South Africa and Botswana. The World Health Organization said on Friday that omicron was “of concern”.

â€œThe volatilities caused by the variant include the fall in local and global stocks, the rise of the Korean won against the US dollar, and falling interest rates and oil prices,â€ Lee said.

Lee explained that the increasing risk avoidance trends and weakening investor sentiment seen in the global market amid the emergence of the new variant were also affecting the local market.

The country’s benchmark Kospi on Monday opened 0.8% lower than the previous close at 2,912.93. It fell below 2,900 points at some point for the first time since January 4.

Experts have said that due to the emergence of the omicron, the US Federal Reserve is likely to delay the timing of its monetary policy normalization, which could be a double-edged sword for the market and investors.

â€œThe omicron variant has increased volatility in the financial market regarding how it might affect the timeline of US monetary policy normalization,â€ said Seo Sang-young, analyst at Mirae Asset Securities.

“While the volatility of the variant may be a risk in the short term, it could deal a further blow to the global supply bottleneck by shaking up the ASEAN and Chinese markets,” he said. he adds.

No Dong-gil, researcher at Shinhan Investment, said, â€œThe US Fed was likely to step up its reduction in bond purchases at the Federal Open Market Committee meeting in December, but the new variant will likely work as a obstructing its original plan. â€No added that investors had already delayed the timing of a US Fed rate hike, which was due to occur at least once by the end of June next year.

Meanwhile, in a bid to quell mounting inflationary pressure and snowballing household debt, the Bank of Korea last week carried out its second pandemic-era rate hike, increasing its benchmark interest rate of 25 basis points at 1%. He ended more than a year of ultra-low interest rates in August, dropping the rate from a record high 0.5% to 0.75%.