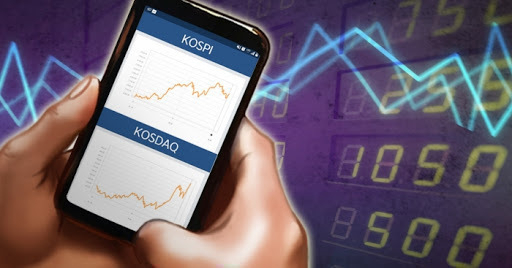 South Korea’s main stock market saw its trading volume decline by more than 16% this month from a year earlier, data showed on Monday, as investors stayed away in due to inflation concerns and other negative aspects.

The country’s main exchange’s daily trading volume averaged 940 million shares over 10 sessions between May 2 and Friday, down 16.4% from a year ago, according to data. Korea Stock Exchange data.

Analysts attributed the decline in trading volume to monetary tightening in major economies, concerns about US inflation and a slowdown in the world’s largest economy, which spooked investors and left them in wait-and-see mode.

The trading volume of a stock market tends to fall in a bull market and vice versa.

Amid growing market volatility, Korea’s composite stock price index (KOSPI) plunged to a one-and-a-half-year low on Thursday at 2,550.08 before rebounding a day later.

U.S. consumer inflation climbed 8.3% in April from a year earlier, well above market forecasts of 8.1%, stoking concerns about the U.S. economic slowdown.

They expressed concern that a rebound in South Korea’s key stock index is not on the horizon at the moment, as US inflation is unlikely to stabilize any time soon. given the restrictive Fed policy, the war in Ukraine and the Chinese coronavirus. major city closures. (Yonhap)