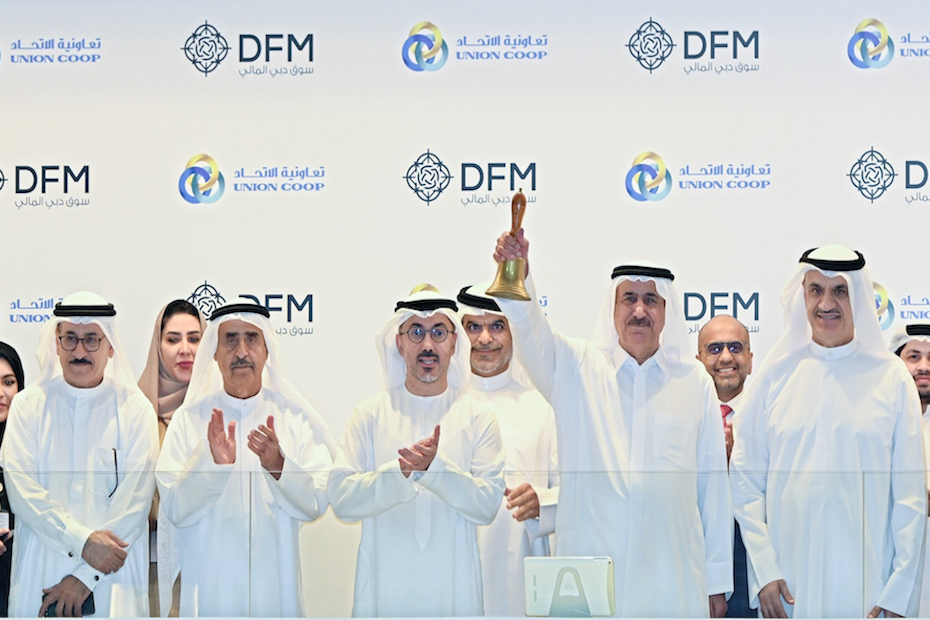 Union Coop has become the first consumer cooperative in the United Arab Emirates to list its shares on the Dubai Financial Market (DFM), which started on July 18.

Trading began under the symbol “UNIONCOOP”, allowing members to trade Union Coop shares in exactly the same way as other companies listed on DFM in the Consumer Staples and Discretionary sector.

As one of the largest retail cooperatives in the UAE, Union Coop’s equity value exceeded 3 billion dirhams. It recorded a 2.6% increase in its net profits in the first quarter of 2022 to 116.5 million Dhs, while the net profits for the year 2021 reached 413 million Dhs, with a profit margin of 21% .

Khalid Al Falasi, CEO of Union Coop, said: “The listing underscores our commitment to protecting the interests of members by providing them with a regulated, efficient and transparent market for trading Union Coop shares. We are committed to leveraging the facilities and services offered by Capital Markets to implement our growth strategy and to provide our members with industry-leading capital markets services through DFM. »

Hamed Ali, CEO of DFM and Nasdaq Dubai, said: “We are delighted to welcome the listing of Union Coop as an important step in the efforts to implement Dubai’s strategy to develop its capital markets. and DFM’s efforts to diversify the investment opportunities available to investors. . This listing will allow investors to participate in a notable achievement for one of the UAE’s leading cooperatives and a leading brand in the retail sector, noting the importance of this sector as a key economic driver in Dubai. , which is poised to gain momentum with market listing as we look to welcome more co-ops in the future.

The supermarket chain, also named xCube, a company that organizes and facilitates the activities of market-making companies in the DFM.

xCube’s role will include securing the bid and ask prices for the shares, determining the volumes needed to buy and sell, and finding the balance in the stock price, which helps close the spread. between requests and offers and encourages active exchanges.

Union Coop announces that it has appointed ‘xCube’ to provide a market maker service on its shares as part of its preparations for listing on the Dubai Financial Market (DFM), which is due to take place on July 18, 2022.
For more information: https://t.co/lyKlGJ1lNc pic.twitter.com/cJ8v74rBWz

“It should be noted that the indicative price of the Union Coop share has been delimited at 3.9 Dhs following a stock split from 1 to 10 whereby each shareholder of Union Coop received 10 shares in exchange for a share he owned. The opening price will be set based on buy and sell orders during the pre-trade session on the first trading day,” added Khalid Al Falasi.

Union Coop’s strategy focuses on increasing profits and returns for its members by driving sales and revenue as well as closely monitoring costs in addition to continually developing services for the benefit of its customers.

@UnionCoop announces its intention to list its shares on the #DFM July 18, 2022.

Union Coop has maintained a historical record of operational and financial excellence since 1984, when its net profits recorded a compound annual growth rate of 20.5%, while its sales increased by 16.85%. pic.twitter.com/tMN5N0L6Tx

According to DFM, Union Coop shares are now held in the form of digital certificates under DFM. Investors can trade using their same investment number, or NIN, used to trade shares listed on DFM.

Trading will be centralized through the new system, making trading easier, faster and providing investors with full visibility and transparency on the share price. Dividend payments will be transferred directly to the investor’s bank account and free shares to their trading account.

Union Coop became the second stock exchange listing on DFM this month. Earlier on July 5, Tecom Group was also successfully listed on the DFM. The group had raised approximately 1.7 billion Dhs through an IPO.